Presentation of 1Q and 3Q candidates 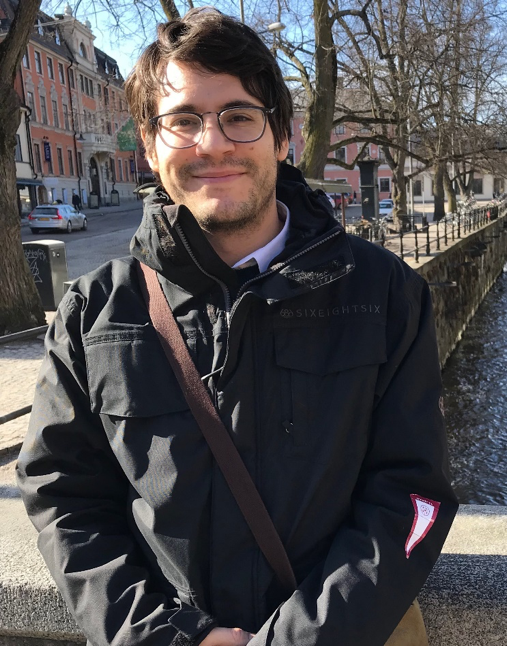 My name is Yaeé Oviedo, I am a Mexican/German citizen studying an MA in Euroculture at Uppsala University. Even though I have dual nationality, my heart belongs to Mexico, and since 2017, to Gotlands Nation.

Since I came to Sweden, I was lucky enough to find this little hub of wonderful people, for which I have been a Studyfika host, International Secretary, head of PR, and some other—less visible—committee positions. Additionally I’ve been hosting Uppsalingo, a language club, at the nation for three semesters, and I’ve worked rentals and fika shifts whenever I’ve found the time.

I’ve tried to get involved whatever way possible at the nation and I’ve received friendship and support for it, which has fueled my desire to continue doing it even more. This opportunity has now presented itself in the form of becoming first curator. If elected, I would be glad and honored to dedicate a full year to all Gotlands-related things.

In order to make an informed decision, it might be good to give you some facts about myself that you might not know, even if we have met at some point in the Nation:

-       I once participated on a Chinese television show called Chinese Bridge (第八届汉语桥世界大学生中文比赛for those who know it).

-       I studied Kung Fu for many years, and now I’m doing historical fencing in the same club as our former kitchen master, Karen Heitz.

-       I love videogames and my all-time favorite is Quake 3 Team Arena (and Portal, of course).

-       My favorite Gotlands gasque is Luciagasque with Lambskallegasque as a close second.

One of the best things about nations is democracy, and we shouldn’t take it lightly, I know I appreciate it dearly and I want you to vote for me to carry on this beautiful tradition and all others at Gotlands Nation. 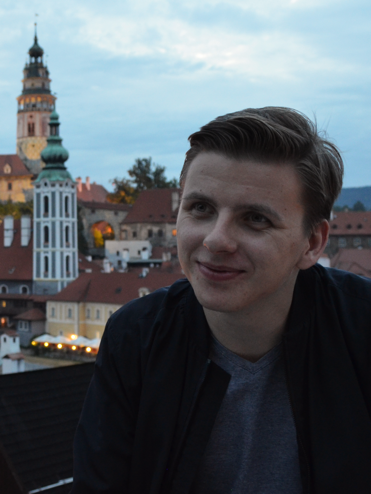 My name is Björn Asplund and I am born and raised in Mariehamn, Åland. With this text I'd like to announce that I am running for Third Curator during 2019.

I was born on Åland a little bit more than 21 years ago and I lived and grew up there until I finished high school. As soon as I finished high school I felt more than ready to continue my studies elsewhere and see something other than the same old streets. I packed the few things I owned and moved to Uppsala to study the Master Programme in Computer and Information Engineering. As soon as I arrived in Uppsala I came to Gotlands nation to sign up as a member and a clubworker. I obviously had no idea what a clubworker was or what exactly a clubworker does. All I knew was that my good friend Alfred had recommended it and said ”it's going to be fun” - and it was.

Since then a lot has happened. I realized that studying
Computer and Information Engineering wasn't my thing, even though I have a big interest in IT. Right now I'm studying to become a nurse, which I enjoy greatly. I've also done a lot within the nation. Directly after i finished clubworking, Adam and I thought it would be fun to run our own themed pub. We put down the foundation of Shotlands and kept it open almost every Saturday the semester after. In addition to this I was also the head of PR this year. Finally, my friend Alfred and I are currently the Master of Sexas which means that we're in charge of the internal dinners of the nation together with the curators.

In addition to the positions I've had, I've also been involved with the selling of food and drinks at the nation in various ways. I've worked at a lot of the nation's club, where I've done everything from picking glasses to alcohol- and club responsible. I've also worked rentals, where I've been a dishwasher, server and head waiter amongst other things. Other than what I have already mentioned, I often help out whenever there is something that needs to be done. This can for example be cleaning after a club when the cleaning staff has not showed up, carrying the banner for the nation when we have no banner carrier and helping the Third Curator find staff so that he or she could finish up other work that had to be done.

As a Third Curator I'd primarily focus on keeping the good work going that Gotlands nation has done thus far. I'd continue keeping up the good work that Gotlands nation already is doing. I aim to continue all our current activities, at least as far as is possible considering current participation issues. In the fields where participation is bigger, such as the weekend fika during the last few years, there is of course is room for development. In case there is a group of people willing to do a project I'd be more than open to try to implement their idea, as far as I'm able to help. Lastly I'd like to say that I want Gotlands nation to continue being a place where everyone feels welcomed the same way I have.

I lack some knowledge and experience when it comes to certain areas that are important for the Third Curator. However, I am actively working to make up for this and intend to continue doing so, for example by talking to people that have the experience.

Lastly I'd like to thank you for the time that you've taken to read through my short presentation. It would be a great honor for me to get the trust of you to be the Third Curator of Gotlands Nation, especially after everything the nation has given to me.